2015 was dominated by Taylor Swift and Adele, although Justin Bieber and a pre-hiatus One Direction made huge waves, too. Which singers are dominating the pop music world in 2016?

The new year brought albums from the late David Bowie, Santigold and Britney Spears, but there are 5 up-and-coming female singers and top musicians from the world of music who are certain to make waves in the industry in future. Here are our top 5 singers who are going to dominate in 2016:

Scott Helman is a singer/songwriter you will want to hear. His songs include the sweet and catchy “Bungalow”. He’s opened for major artists including Tegan & Sara and Shawn Mendes. Shawn Mendes named Scott’s track “That Sweater” as one of his current favourite acoustic tracks alongside those of Ed Sheeran, Plain White T’s and Adele. At the start of 2016 it was announced that Scott Helman would perform at the 2016 JUNO awards show. Scott is also nominated for two awards this year, including Pop Album of the Year and Breakthrough Artist of the Year. On August 30th, Scott will play the Canadian National Exhibition in Toronto, taking the Bandshell stage for the first time with Tyler Shaw and Dan Talevski,

For fans of pop punk bands like Say Anything and 5 Seconds of Summer, The Front Bottoms combine emo and indie to offer an honest take on relationships, growing up, and life (whether you’re on tour or in college, since they’ve had experiences with both). Their sound is more raw than that of most bands out right now.

Niykee is an up-and-coming female singer with songs that are perfect for a girls’-night-out, with lyrics like “I’ve got some damn bad intentions, I’ve got some secrets I forgot to mention” Imagine Halsey’s dark lyrics with a Taylor Swift pop vibe, and Niykee Heaton appears on your playlist. In June 2016 she sang with Snoop Dog and is due to play in New York later in the year.

The Copenhagen-based band sing catchy pop-punk and are rock star boys in skinny jeans. They recorded this album in New York and you can hear all their influences come together perfectly in their hit single, “Harlem.” There new album “Vikings” is out in August 2016 and they’re at the Sundown Music Festival in California in September where you can catch the lead singer’s ridiculously awesome dancing.

Bebe Rexha has been writing for years. She wrote “Monster” for Eminem and now she has her own career, courtesy of the aptly titled, “I Can’t Stop Drinking About You” and EP “I Don’t Wanna Grow Up.” She recently opened for Nick Jonas and has written for big time DJs including David Guetta. Her 2016 single “No Broken Hearts” featuring Nicki Minaj is a great introduction to her forthcoming album. Now it’s time for her to dominate in 2016. 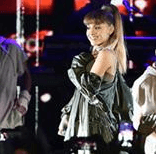